“Compound interest is the eighth wonder of the world. He who understands it, earns it; he who doesn’t, pays it.”

FIRE is a lifestyle movement that grew out of the GFC (the recession of 2007-2009 called the Global Financial Crisis).  Its goal, as the name suggests, is for people to gain their financial independence and retire early.  You can see more about it on Wikipedia.

Some great people who give advice about it and that we follow are:

We know we have missed a lot of quality people and if you would like to be added to the list or have a recommendation, drop Nicole an email.

What is interesting about the movement is how down-to-Earth and full of common sense it is.  It is not a “get rich quick” scam but rather uses time-tested methods for living a good life.  Charlie Munger, Warren Buffett’s longtime partner at Berkshire Hathaway, has said, again and again, that the best way to live a long and happy life is to live beneath your means when young so you don’t have to when you are old.  Ben Franklin broke up a person’s life into three parts; getting an education, being productive, giving back.  Albert Einstein is reputed to have said, “Compound interest is the eighth wonder of the world. He who understands it earns it; he who doesn’t pays it.”

FIRE boils down to:

One of the best ways to save money is to make sure you never see it.  Apps and savings accounts that automatically round up a credit or debit card purchase to the nearest dollar and put the extra money into a saving or investing account are an example of this.  Another good way is to pay a bit extra in money you owe for credit cards or mortgages.  Never pay only the minimum if you can.  Also, make sure to pay off your credit cards before other debts as they usually have the highest interest rates.

Once you have saved some money, invest it, and then don’t look at the balance every day.  If your money is in the stock market and the market takes a 20%+ tumble which it does every few years, you might panic and take your money out at exactly the wrong time.  As the advertising slogan for the lottery says- “You have to be in it to win it”.

If your time horizon for the use of money was 20 years, you would have never had a loss of principal.  Of course, past experience is not an indication of future returns which is why professional advice is helpful as is diversification.  But time is your friend when it comes to investing so don’t look at your account statements too often.

A long, long time ago, in a far off place called New England, there was once a traveler who came upon a small village.  He noticed someone locked in the stockade.  “What have they done?” inquired the traveler.

“He dipped into principal.”

The Future of the Stock Market

How to Put Money Aside Each Month 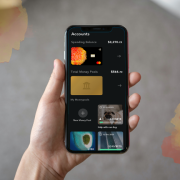 The Future of Mobile Banking 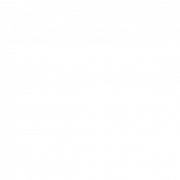 Why Does Investing Seem So Complicated?
The Search

Why Me?
Scroll to top